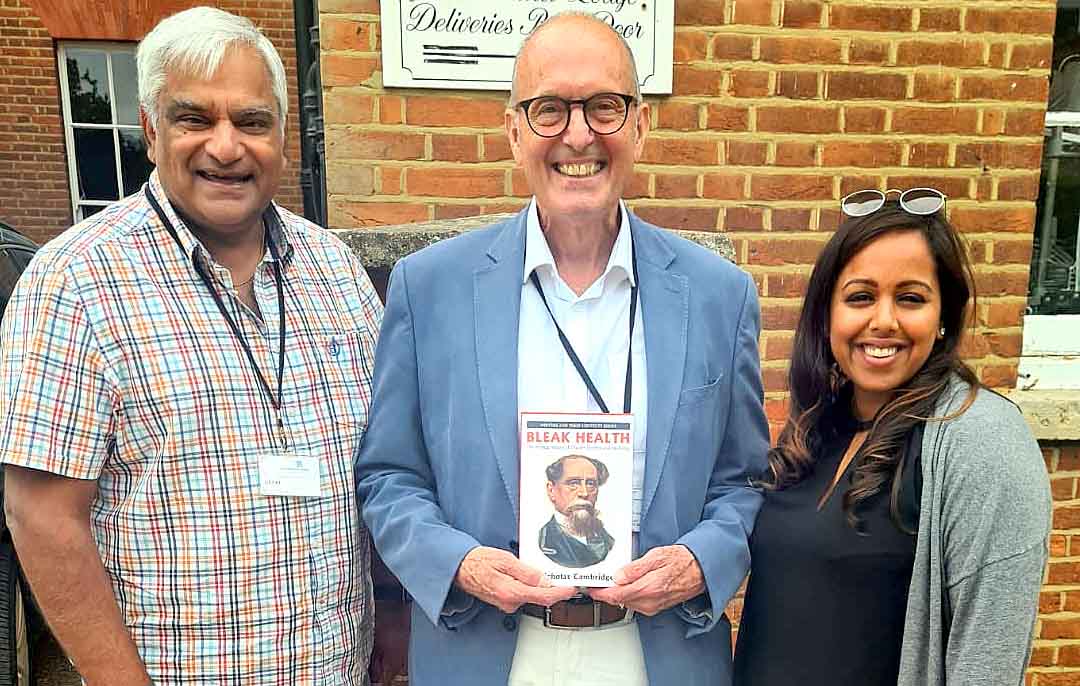 Dr Nick Cambridge joined us at the Croydon Trainers away day at Cumberland Lodge. The title of his talk was ‘Bleak Health: Charles Dickens in the Medical World’. He pointed out that in Dickens’ time important developments took place in public health and medicine. They included the 1848 Public Health Act, the introduction of anaesthetics, the use of antiseptics, the reform of the nursing profession by Florence Nightingale and the formation of the General Medical Council in 1858.

Dickens wrote 15 novels and Nick highlighted some of the medical conditions Dickens described including ataxia with cousin Feenix in Dombey and Son, the Pickwickian syndrome or obesity hypoventilation syndrome with Joe in Pickwick Papers and Sloppy, with Marfan Syndrome, in Our Mutual Friend.
Dickens tried to maintain a healthy lifestyle by taking a daily shower bath, drinking cold water morning and night, walking long distances up to 30miles and swimming. However, having read over 14,000 letters in the 12-volume Pilgrim edition of Dickens’s letters Nick has discovered 20 different conditions that Dickens suffered from including OCD, PTSD, depression, anal fistula, haemorrhoids, renal colic, gout, TIA and finally his death from apoplexy.

The Q&A discussion was lively with many questions including how we would manage Dicken’s if he were a patient today.