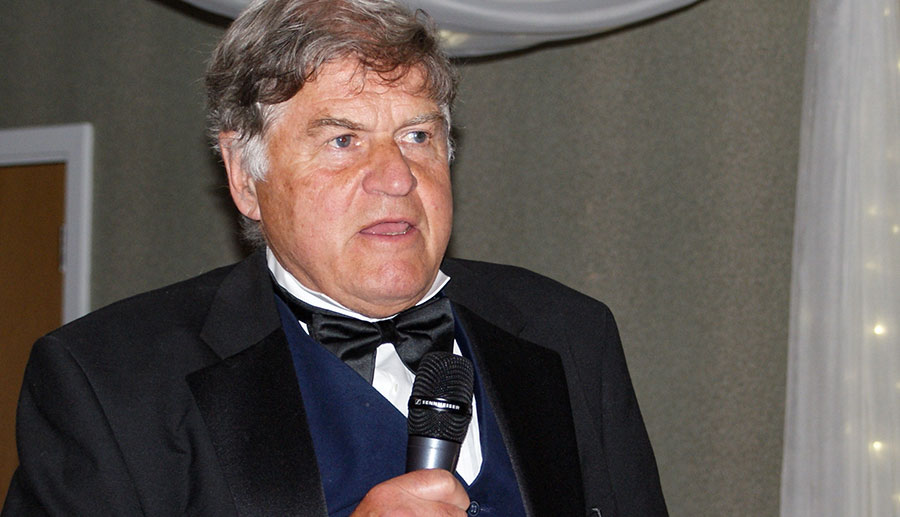 The 2018 President’s Lifetime Achievement Award was presented to Mr Michael Mowbray at the Annual Dinner on 18 May 2018. Michael was a Consultant Orthopaedic Surgeon with a special interest in the knee who worked at Mayday University Hospital for 27 years until 2006 for the NHS as well as having a Private Practice including Shirley Oaks Hospital.

He was the logical first person to whom to refer any knee problems affecting younger patients and particularly serious sportsmen and women. This was because he could be relied on to give a sound expert opinion and if appropriate excellent surgery. This was combined with a good bedside manner and the classic orthopaedic surgeon of yesteryear – charisma of sporting and adventuring prowess.

His academic achievement underpinned his clinical Practice including an MSc in Bioengineering (1986) MS (1996) London University Certificate in Teaching (1998),over 70 papers, supplements and review articles and well over 100 presentations nationally and internationally as far afield as Europe, Asia, Canada, North and South America and Australia.

He was an accredited Instructor in Arthroscopic Surgery and Examiner for PhD theses (London University) and Examiner for Brighton and Sussex University Medical School. He mentored 5 candidates to successful Master of Surgery Degrees (London University) His pioneering work on the surgical management of the ruptured Anterior Cruciate Ligament put Mayday Hospital on the national and international stage and his immense knowledge and experience in this field is reflected in the Eponymous lecture given to the Hunterian Society in 2010 entitled “Facts and Mythology in the Management of the Cruciate Deficient Knee”. Michael was very keen to acknowledge the input of many colleagues over the years as they collected and analysed the information for the ACL paper. Without their input it would have been impossible.