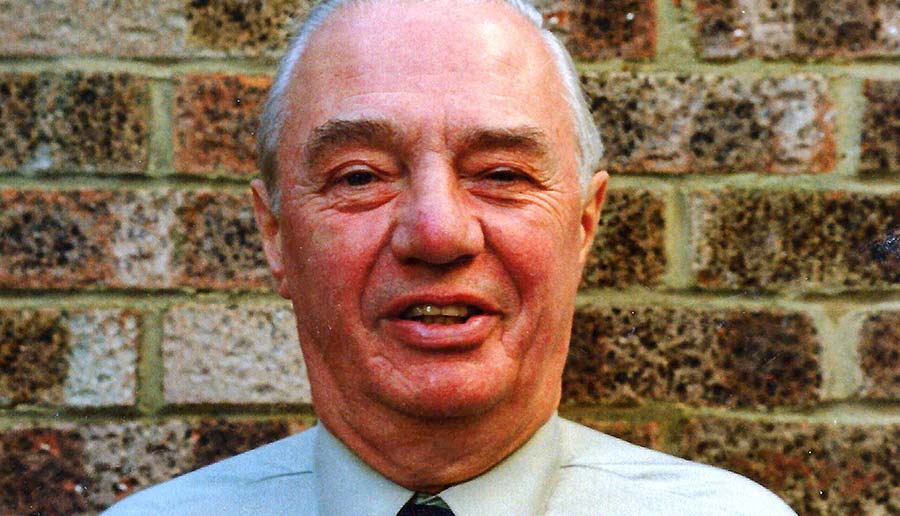 Dr Gerald Clementson (1928 – 2013) was the first recipient of this Award and the presentation was made at the AGM on 22 March to his son, Dr Michael Clementson.

Born in late 1928 in Carlisle, Gerald died aged 85 in September 2013. He qualified in medicine at St Georges Hospital Medical School in the early 1950s, becoming a General Practitioner in Croydon in 1953, and remaining thus until his retirement in 1991 aged 63. He was a GP Trainer since the early days of the Royal College of General Practitioners. After retirement, he worked for the Emergency Bed Service as Referee; and as a Referee for the Croydon Crematorium.

He was a longstanding active Member and former Chair of the Croydon Local Medical Committee; a keen Member and former President of the Croydon branch of the British Medical Association; and above all else a staunch Member of Croydon Medical Society who together with predecessors and successors served to sustain the Society over its 185 years. In earlier days the CMS Membership was small and select because Meetings were held in Members’ homes, the catering undertaken by spouses; which is not to say it is no longer select, though membership is no longer limited in number. He was a Member of the Royal Medical Benevolent Medical Society; and worked for the charity Surrey Benevolent Medical Society as its Secretary from 1970 to 1997.

What was exceptional about Gerald Clementson was the extent to which he actively and in person fostered good working relationships between GPs and Consultants both clinically and socially. I personally recall him attending some of my out-of-hours supportive follow-up visits to psychiatric patients residing in mental health after-care homes in South Croydon; and his conviviality in Croydon medical gatherings. Likewise he was supportive to partners of smaller general practices in Croydon; and in a personal advisory capacity to medical practitioners in need, or in difficult circumstances. I contend that these achievements, unsung at the time, were both then and in now in retrospect a significant factor in the cohesion of primary and secondary medical practice in Croydon; and in consequence, of overall benefit to patients in Croydon; thus within terms of the criteria for President’s Lifetime Achievement Award.